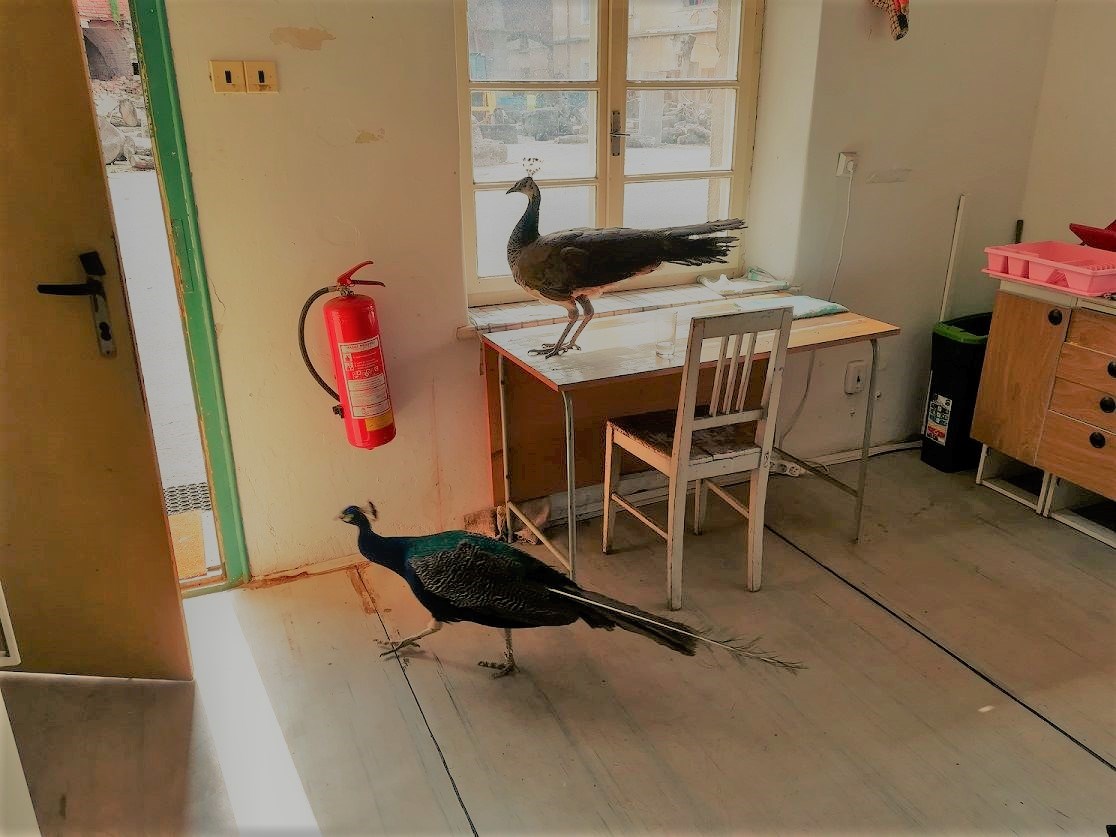 Care and repair: assembling the impossible

During our summer schools, we are meeting as an international group of students, Ph.D. students, researchers, artists, and activists from Central and Eastern European countries in the former fortress of Josefov. We are discussing intersections between arts, social activism, politics, and academic practice, our roles, responsibilities, and challenges that we face. Our last edition before the pandemic was devoted to the question: what does the university mean today? This question was framed in the context of the climate and ecological crisis. We finished it with a workshop under the title “War and peace”. We were observing with concern how militarism, authoritarian systems, and fascist movements are rising together with the global temperatures. We were following the news concerning military conflicts all over the world. In the autumn of last year, when we had started initial preparations for the next summer school, the serious humanitarian crisis began on the eastern border of Poland, making those problems even more acute. And yet, we would never think that before our next Summer School, the war would devastate our neighbours’ state.

The war in Ukraine broke out while we were preparing the invitation to the next edition of the summer school. The title and the draft of the CFP were ready. The week that we were planning to invite and confirm workshop leaders, the Russian invasion began, which put our plans in question. Eventually, we decided to continue with the project. We feel privileged to work in relatively calm conditions and that we should not resign from the opportunity to provide this relatively safe space for meeting, discussing, calming down and rest for students and Ph.D. students, many of whom are currently involved in helping people suffering from war.

While European Union is transforming into a fortress, building walls, fences and controlling people’s mobility, we will meet in the former fortress, a place that had been strongly shaped by grand political dispositifs of warfare and surveillance, to examine tools and strategies of transforming fortress into a refugium, a safe space, a shelter, a place welcoming to all its guests, not defending against them.

For this edition of Summer School, we have invited artists, activists, and practitioners who in their work focus on social issues: housing and food crisis, care work, and migrations. In the times of mass destruction of ecosystems, communities, individual human beings, and material infrastructure, we will reflect on the basic skills that are needed to sustain and reproduce human and nonhuman life, as well as practice repairing and fixing what has been broken.

Summer School will consist of two parts. The introductory one will be organized online in May-June [three online meetings with organizers and workshop leaders] and the main part will take place in Josefov in July. The workshops will be held by the following lecturers/curators:

Additional programs will include visiting lecturers, art practitioners and activists and will be specified later.

Form
We use cookies on our website to give you the most relevant experience by remembering your preferences and repeat visits. By clicking “Accept All”, you consent to the use of ALL the cookies. However, you may visit "Cookie Settings" to provide a controlled consent.
Cookie SettingsAccept All
Manage consent

This website uses cookies to improve your experience while you navigate through the website. Out of these, the cookies that are categorized as necessary are stored on your browser as they are essential for the working of basic functionalities of the website. We also use third-party cookies that help us analyze and understand how you use this website. These cookies will be stored in your browser only with your consent. You also have the option to opt-out of these cookies. But opting out of some of these cookies may affect your browsing experience.
Necessary Vždy povoleno
Necessary cookies are absolutely essential for the website to function properly. These cookies ensure basic functionalities and security features of the website, anonymously.
Functional
Functional cookies help to perform certain functionalities like sharing the content of the website on social media platforms, collect feedbacks, and other third-party features.
Performance
Performance cookies are used to understand and analyze the key performance indexes of the website which helps in delivering a better user experience for the visitors.
Analytics
Analytical cookies are used to understand how visitors interact with the website. These cookies help provide information on metrics the number of visitors, bounce rate, traffic source, etc.
Advertisement
Advertisement cookies are used to provide visitors with relevant ads and marketing campaigns. These cookies track visitors across websites and collect information to provide customized ads.
Others
Other uncategorized cookies are those that are being analyzed and have not been classified into a category as yet.
ULOŽIT A PŘIJMOUT